Having fun at the js13kGames 2019 hackday in Berlin

We had a blast last weekend with eBay Tech kicking off js13kGames 2019 hackday on Saturday August 17th in GameOn Berlin, an arcade machine heaven. 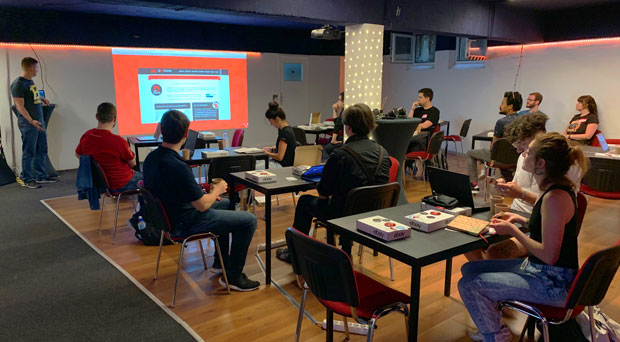 I’ve arrived to Berlin on Friday and decided to visit Mozilla’s office, as I haven’t been to the new one yet. After visiting London one recently I wanted to see how things have changed here too. The Berlin office is now bigger and taking two floors in the building with a nice view on the river. 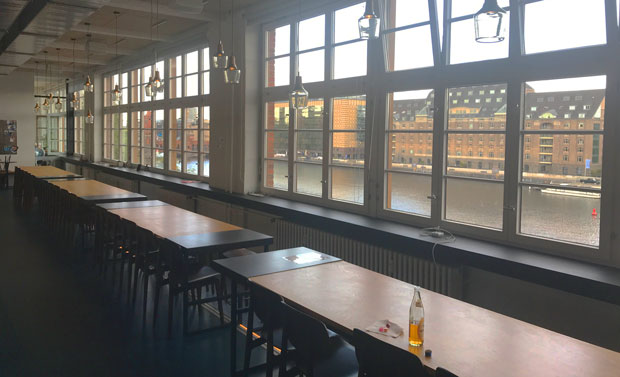 Then I tried buying Oculus Quest for myself on the EU VAT invoice in the city centre, but failed miserably. Apparently, due to a story where someone was buying hardware equipment with stolen credit cards, being able to “just” get an invoice for your purchase is not an option in Germany anymore. Even if the European tax laws says otherwise.

Anyway, at least I wasn’t carrying anything extra with me when going to Kleinmachnow where eBay had its Family Party, to which I was invited. It was organized in their campus for the employees and their families, and I didn’t even need to pretend I was either of those. I had a good chat with Nico, one of the owners of GameOn Berlin. He worked for eBay, but decided to pursue something different - owning an arcade place, and he did.

Returning to the hotel took a bit, but I was accompanied by Abi (and his +1) most of the trip, plus the hotel was a few minutes walk from the venue, so I had that covered for the next day in the morning and didn’t need to travel much afterwards. 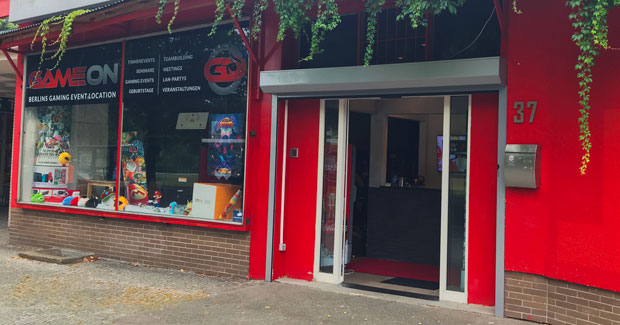 After waking up and having a short walk, I’ve arrived at the GameOn Berlin where all the fun happened on Saturday. The venue itself was awesome. Literally, the best I could have imagined - ground floor was full of arcade machines of all sorts (racing, fighting, flying, dancing games) and the basement below served as the hackathon area. 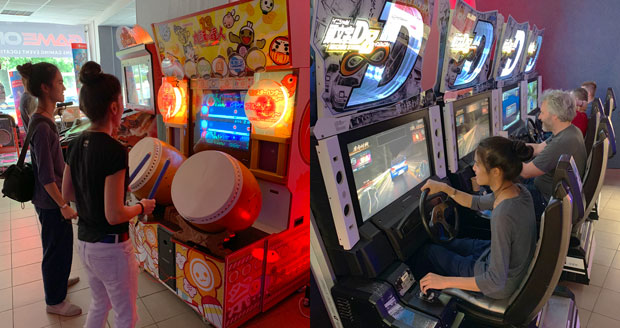 When we officially started the hackday, Sascha did an intro and went through the schedule and all the planned activities. After that I talked about js13kGames, and what to focus on when building games for the competition. 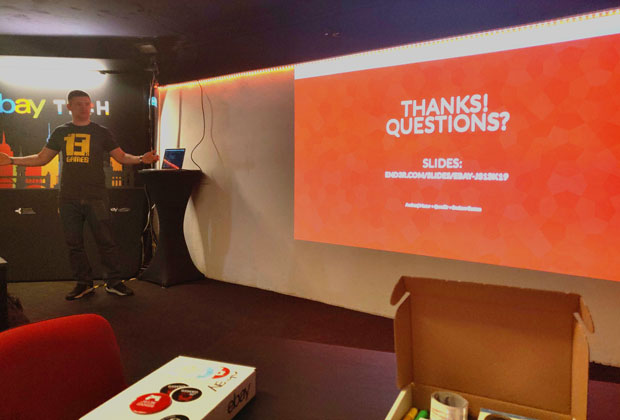 The arcade machines were on for a few hours, so we had more than enough time to check all of them.

The food was served both at the back of the basement area and up on the ground floor, while the BBQ we had for lunch was just outside the building. 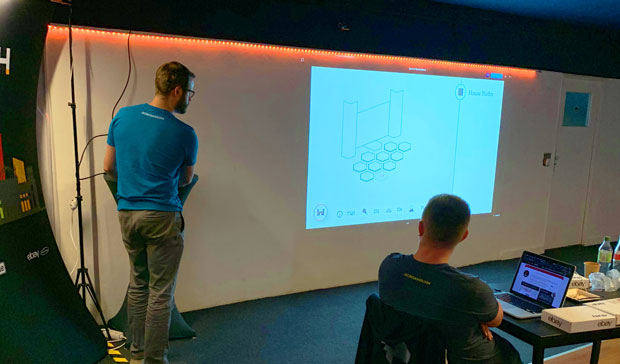 We had a few familiar faces like Antonio Salvati or Michael Wolken-Möhlmann, guest appearance of the Tech Speaker Elio Qoshi, but also a few people who learned about the competition the day before. Some were already working on their entries while others started at the hackday. It was a nice mix, and it was great to see cool prototypes showcased at the end of the day. We also had a quiz with 13 tough questions, and a bunch of cool prizes for the winners. 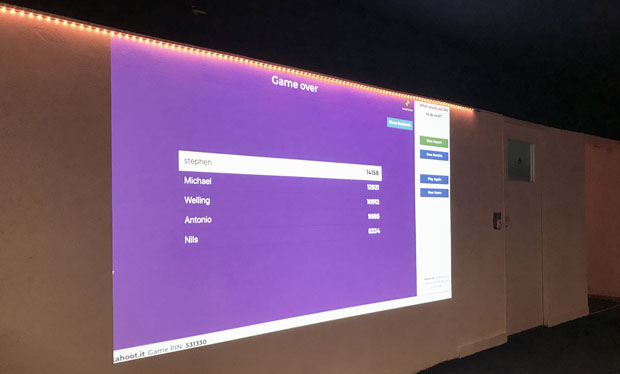 We were expecting a few more people given how many confirmed their attendance on the Meetup page of the event (even considering the usual numbers for “confirmed just in case, but I’m not going to go anyway”), but those who did arrive seemed to be really happy they eventually did. From the conversations we had, the happiness rate was about 100%. 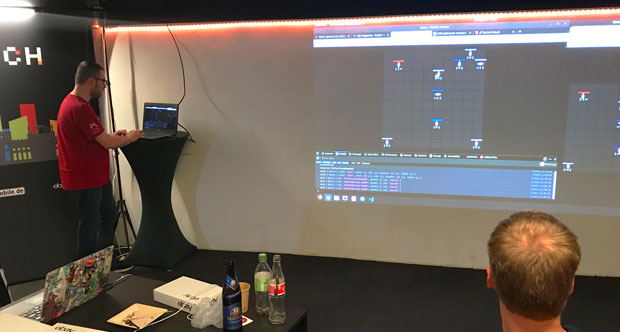 I’m super thankful to Sascha for organizing everything (perfectly!), so I could just arrive and enjoy my time in Berlin. I’d love to do something similar next year, but we’ll see. Keeping the awesomeness and having more people to join would definitely be a way to go.