This year’s js13kGames opening and closing online meetups, Kick-off and Awards Ceremony respectively, after a few years of being led by Sascha Depold from eBay, were hosted by me personally. 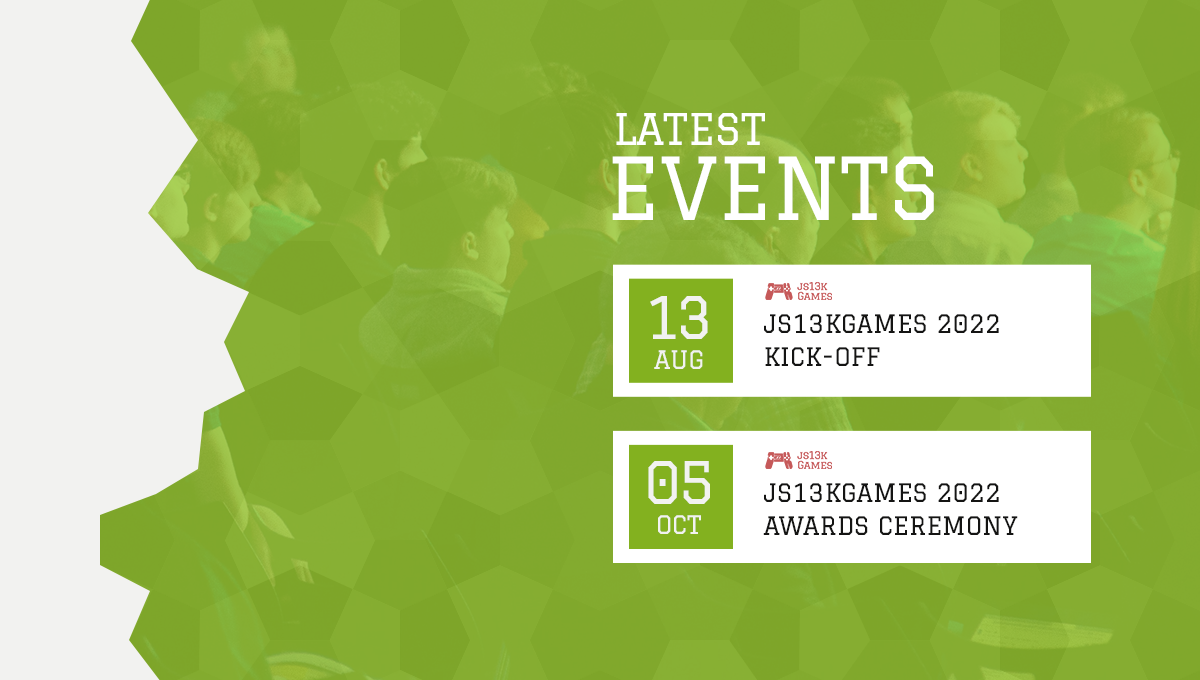 I got used to the fact that Sascha was handling both meetups (and also doing workshops as well) over the years, so I could only be a guest speaker, with a short talk to share with attendees - I’m forever grateful for that. In 2022 though he couldn’t make it, so I took over and tried hosting the events as best as I could.

The opening meetup hosted on August 13th called the Kick-off was unique this year, because we’ve decided to put more focus on the growing list of game engines created specifically for js13kGames. The js13kBreakouts project was a showcase of a simple game executed similarly using Kontra, LittleJS, and Goodluck. 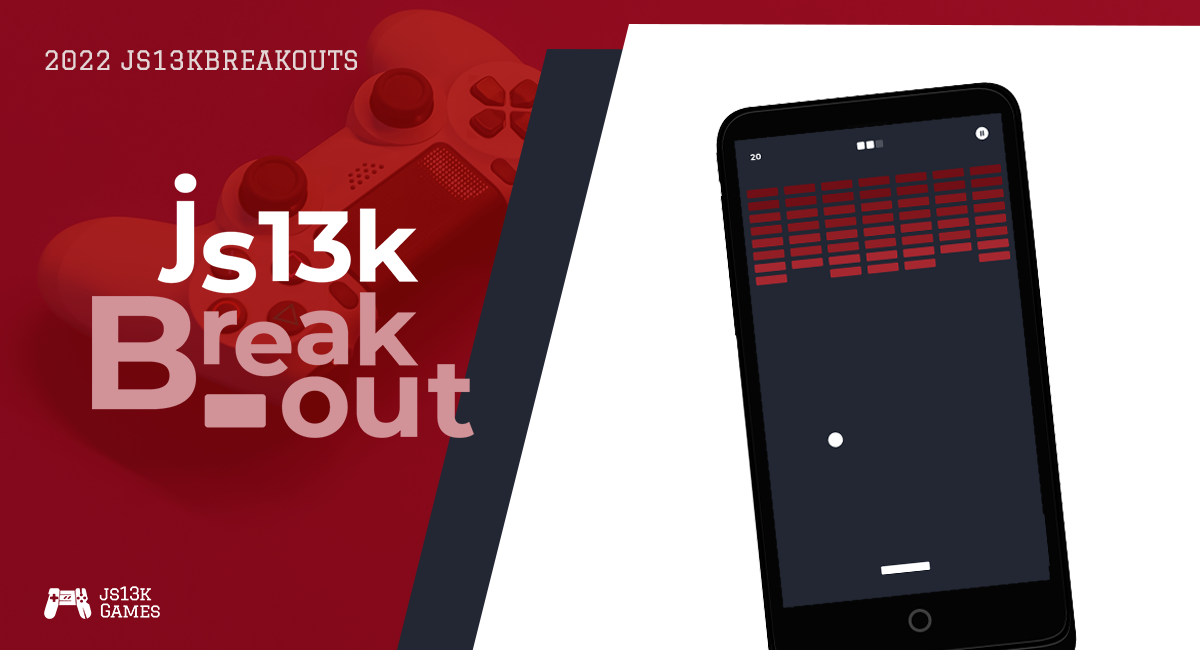 We had the authors of those tools talking about them, both doing an intro in general and discussing how their version of js13kBreakout was made: Steven Lambert introduced Kontra, Frank Force explained LittleJS, and Staś Małolepszy talked about Goodluck.

On October 5th the closing event, Awards Ceremony, was held, where I’ve announced all the winners. A small change compared to the previous year was revealing the authors of top 10 Overall winning games up-front, and then sharing from 10 to 1 the exact places they ended up with.

The point was to not give a false hope to those who didn’t even make it into top 10 when we did the countdown, and it seems this was well received. 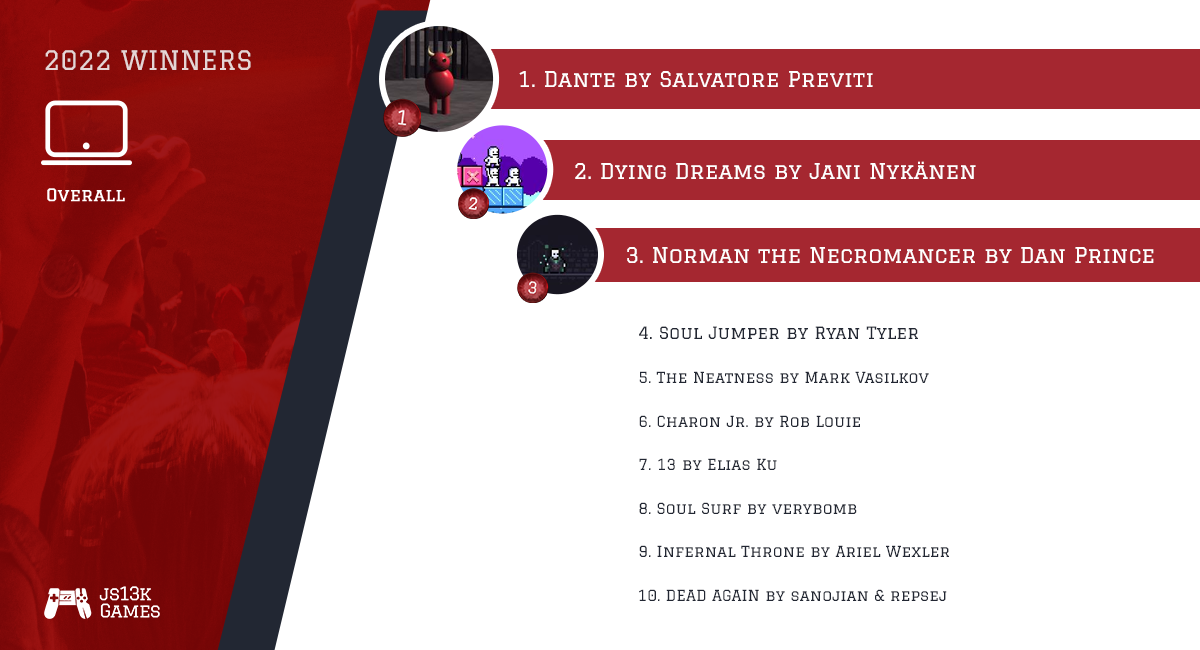 I suck at multitasking, so managing slides, talking about the winners, and trying to share their places on Twitter simultaneously didn’t work well, as you can probably notice from the recording, but I hope it wasn’t that bad after all. 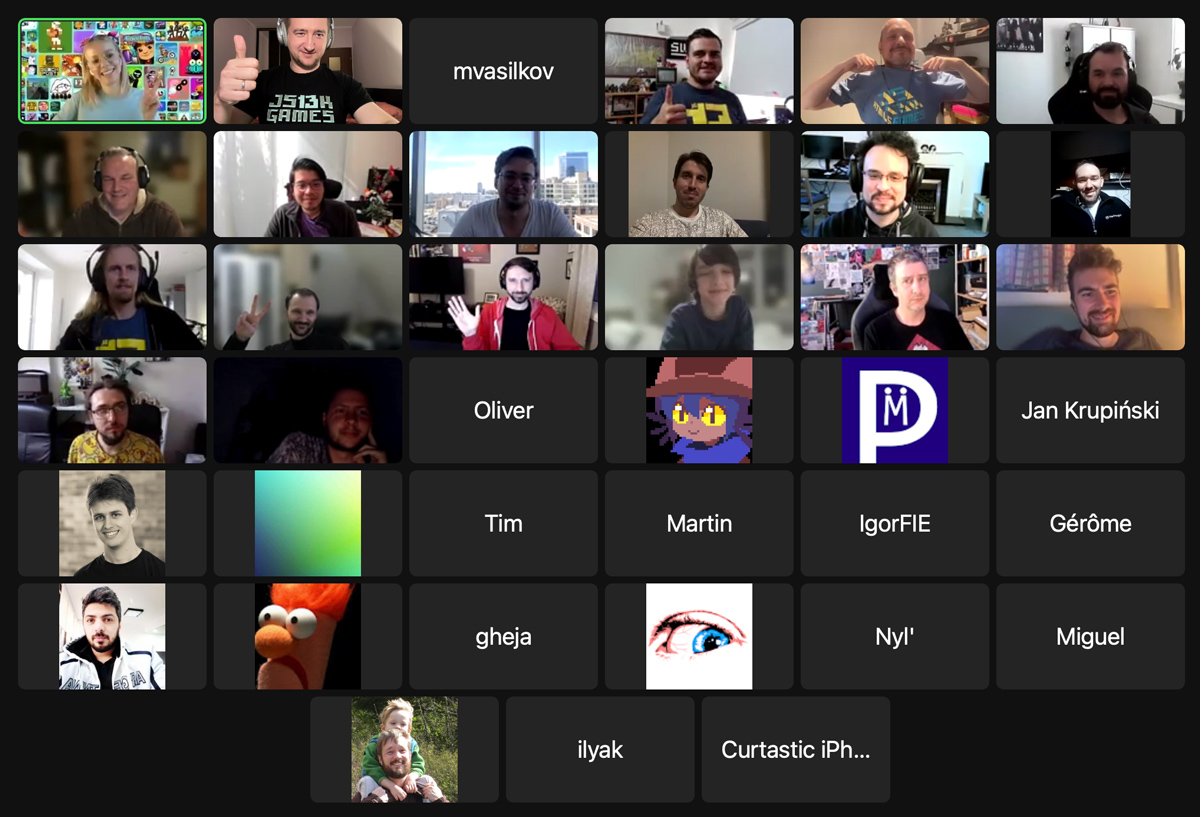 Overall I was happy to see folks actively participating in both events, the authors themselves sharing lessons learned about their own games, thoughts about entries from other devs, experts giving feedback live, and all the discussions we had. It’s awesome to see the community being so active, open, and helpful to each other!

I think it all went good, but could totally use some help next year - if you want to, please get in touch, thank you!