Remember when I said I’m not gonna travel anywhere near September 13th, because there’s just too much work accepting the js13kGames competition entries? Well, I was giving a talk the next day in another city - Bielsko-Biała. 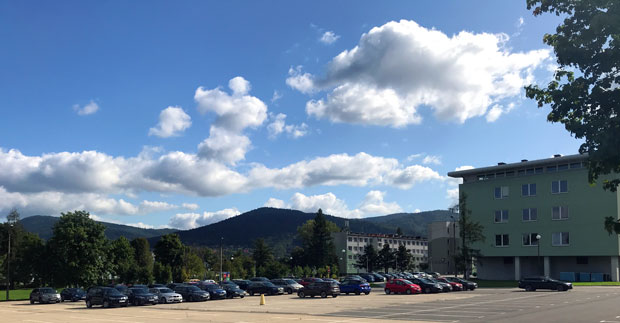 It was BBDays4IT, a conference held on September 14th in the first part of the day, and BBQ4IT in the evening when the talks were less technical, held in open air, and with a grill next to it.

The whole event lasted for a few days throughout the week - from Monday September 9th till Sunday September 15th, including many meetups like meet.js Bielsko-Biała on Tuesday. I was busy accepting js13kGames 2019 entries on Friday 13th, but managed to finish right before needing to board the train. I’ve arrived late, but still managed to solve a few js13k issues before going to sleep.

The conference was held at the University of Bielsko-Biała, which was a 15 minute walk from the hotel where I stayed, and it was the best decision I could have made. The weather was nice, the sun was shining, it was quiet, peaceful, and everything smelled fresh and clean.

I watched some talks about various IT-related topics, including success story of an open source app, your own IoT, complicating our dev lives too much, what is CoderDojo, or what to do if you’re missing a specification. My talk was the last one before moving out to the BBQ place, so I knew people will be a little bit tired. 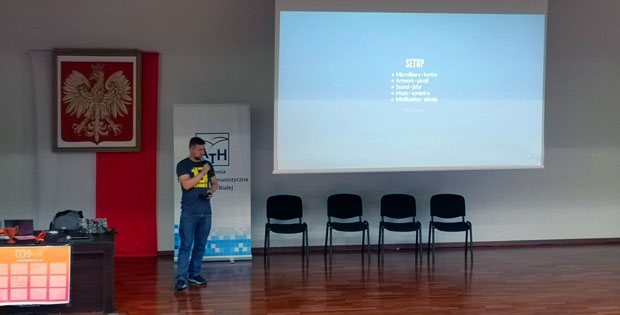 I talked about ”What can we learn from1320 games made for a jam, 13 kb each”, which was mostly about js13kGames, but also Enclave Games, and a little bit of front-end, sprinkled with lessons learned of keeping your projects as simple as possible. From the feedback I received it seemed people liked it!

When we moved to the BBQ location it got chilly quite quick, fortunately enough tasty meat freshly off the grill with hot tea (instead of cold beer) did the trick of holding the body temperature at a reasonable level. There were various game stations out of which one got my attention - Beat Saber. 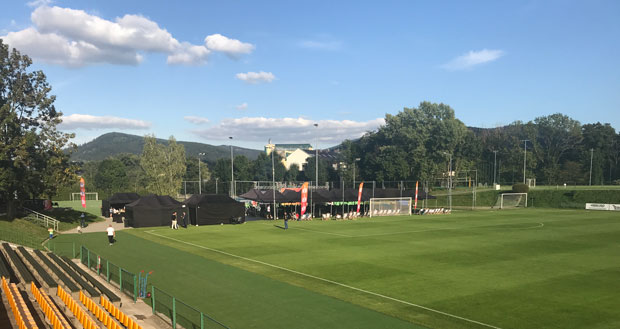 I wanted to see if I can play a little bit, because I just emptied my third cup of tea and was looking for alternative options to not freeze to death, and apparently there was a Beat Saber contest, and you could win some prizes too. One specific song was set, you could try your chances and compare your score with others.

That song was K/DA - POP/STARS - oh, how little did they know that I just bought Oculus Quest (mostly to test js13kGames entries, but also make new games for Enclave Games, use it at the Gamedev.js meetups, etc) and the two songs I was playing over and over again for the past few days were Escape (ft. Summer Haze) and POP/STARS, both on the hard level, the exact same the competition was on. So, I entered and broke an “un-breakable” record, which at the end got me 1st place and a voucher for a ride on a Falcon electric bike, which I plan on using in the near future. 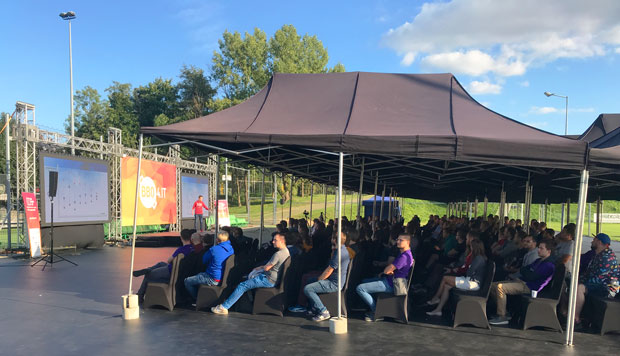 I had some really cool conversations that evening and even though it was my first visit ever, I might return to Bielsko-Biała really quick already. There are ongoing meet.js BB meetups happening regularly, so it would be a perfect excuse!