Three weeks ago, on the weekend of January 25th-27th, GameJam.js 2019 had happened - it was hosted at the Warsaw University of Technology another year in a row.

This year’s jamception (GameJam.js is part of Polyjam, which runs during Global Game Jam) looked similar to the previous one, although we had more teams building web games, more prizes, and finally the cup to give away for the best game. 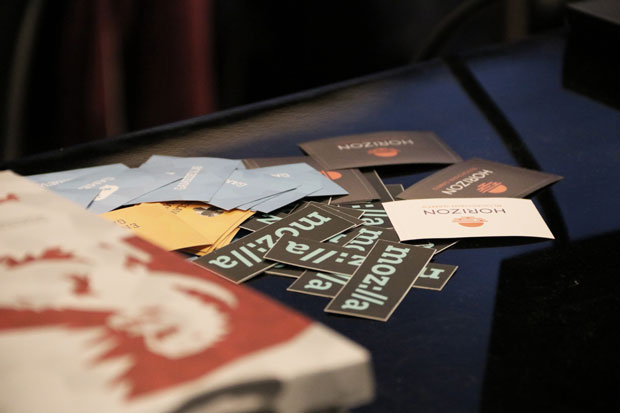 With the support from Mozilla, Horizon Blockchain Games and Battlestash we were able to provide pizza and snacks, print stickers, give away great prizes and prepare the cup for the winners. I haven’t forgotten about BLUR too, as I’m still supporting their efforts to grow.

This year Polyjam skipped on having talks (beside the classic one about old computers), went straight to action and announced the theme, which this year was ”what home means to you”. After that I had a quick few minutes to talk about Gamedev.js in general, prizes for the best JavaScript games during the weekend, and introduced our partners. 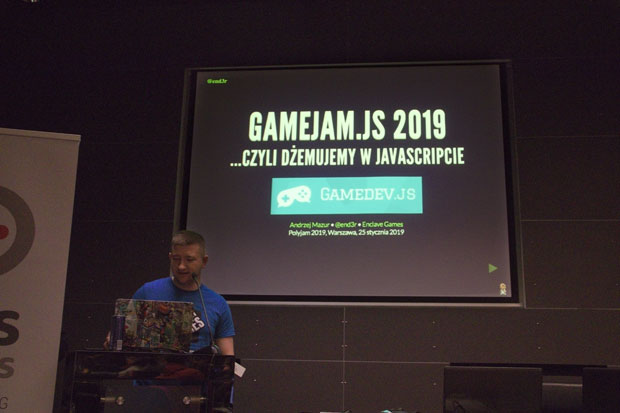 Friday evening was all about the brainstorming sessions - some devs started coding right away, others wanted to think about all the possible options first to chose the best one.

Saturday was all about coding your game, from the first working prototype to a fairly finished version, depending on how complicated (or simple) your initial idea was. 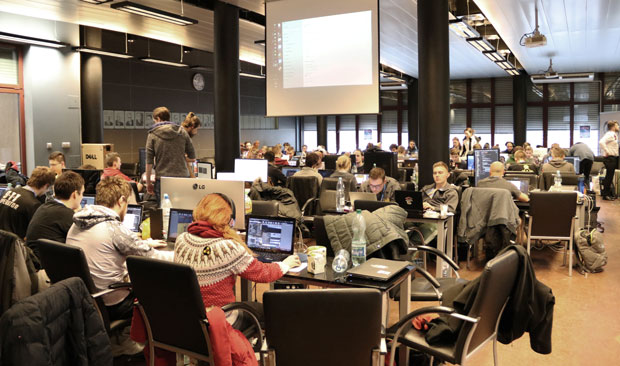 With the proper approach, you should’ve been able to wander around with your build and ask people to playtest it in the evening already. Real user feedback is crucial to find obvious issues with the game which you’d miss, but someone else with the fresh approach would pick up instantly.

There was 28 games in general at Polyjam, out of which 10 were web based for GameJam.js specifically - this resulted in 35% ratio, which I think is a nice one. The variety of engines used was also quite wide: from Unity exports, through Construct, A-Frame, to… a board game. 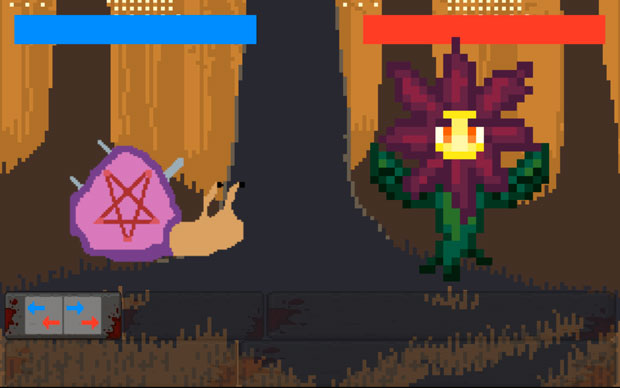 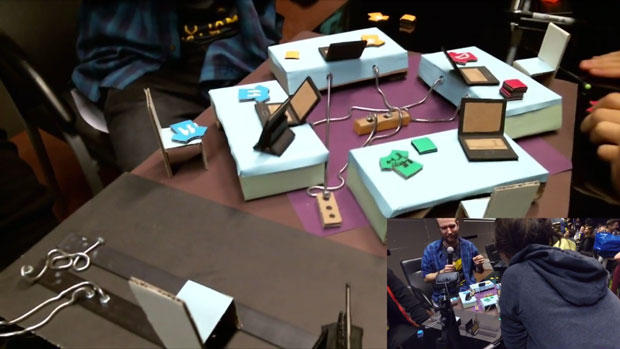 It’s a JavaScript game because it has instructions in an alert on a website. Don’t ask, game jams are weird.

Digital experience focusing on difficult relations with your father. 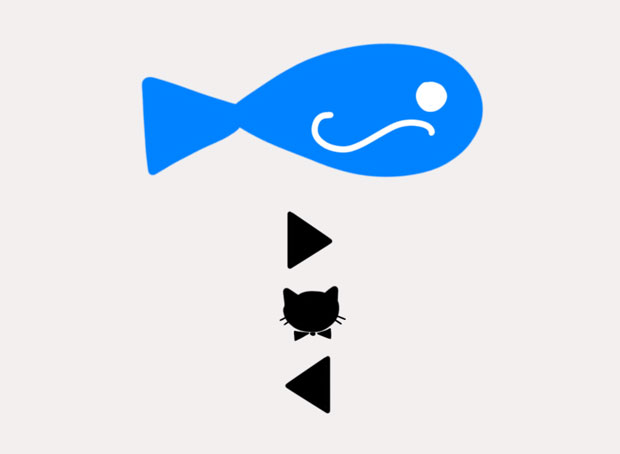 Return to your home a couple of days after your death. 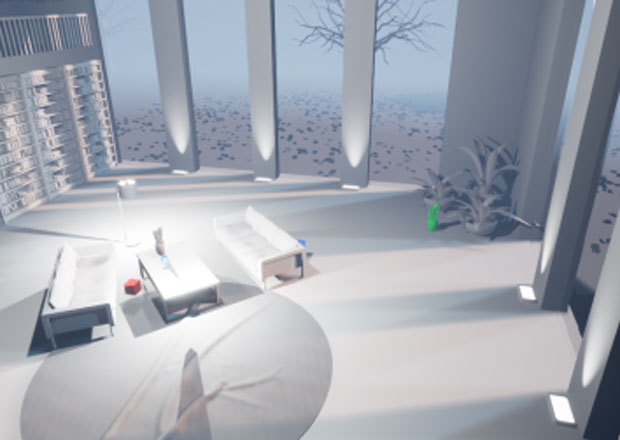 What happened to you was suppose to be a surprise, but it looks like keeping a secret didn’t work out.

You are a janitor, who takes care of apartments in the building. Fix all the broken appliances before they cause a disaster such as fire, flood, or insect infestation. Make the building survive until the end of your shift, when you can no longer care about what happens next. 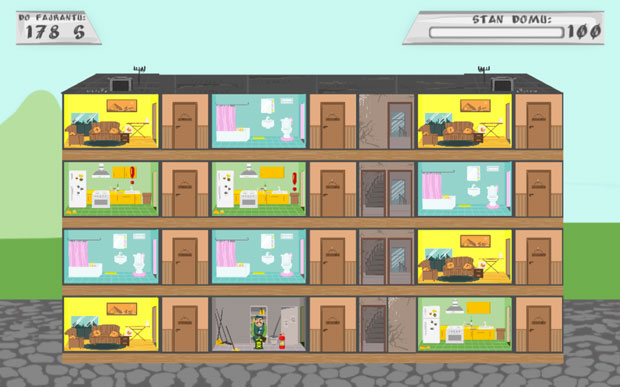 Very well executed game where you won’t manage to fix everything on time anyway.

You’re a pirate, use arrows to collect treasure. 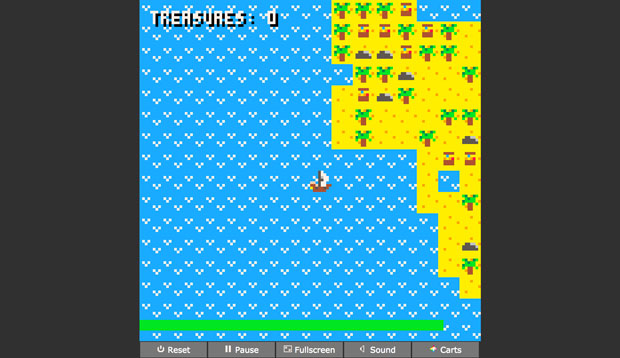 Sail the seas and drink some rum, ahoy!

Your home was destroyed and only you and your sister can save people you care about. Fight the nightmare of alcohol, pain, being bullied, to save your loved ones. Action platformer, boss rush. 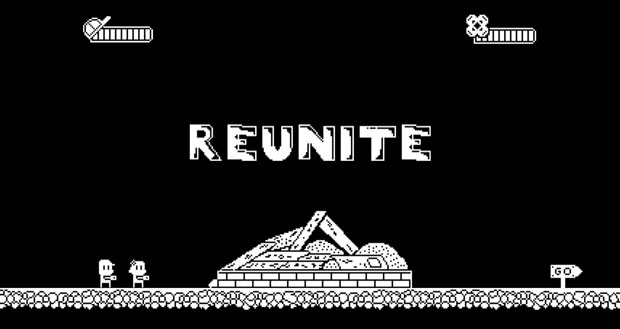 I really liked how the boss battles were designed with the attention to detail: the bosses had phases of their attacks and then being vulnerable, but only for a short period of time and with the specific body part. You had to learn how to deal with the given boss to outsmart and defeat it.

A trip down the memory lane. Your room is your playground again. It’s the little things, right? Welcome to a game about our memories from the family home. 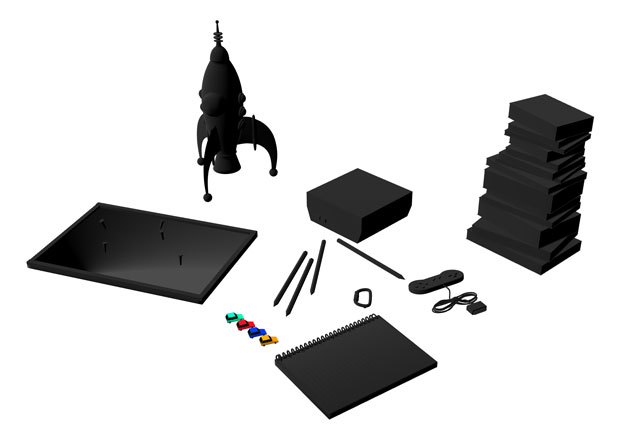 Driving around with three of your friends using gamepads felt really great, and the aesthetics helped feel the nostalgia.

This game is basically about two drunk MIT students measuring a bridge with their friend. Story inspired by events that took place on MIT in 1958. 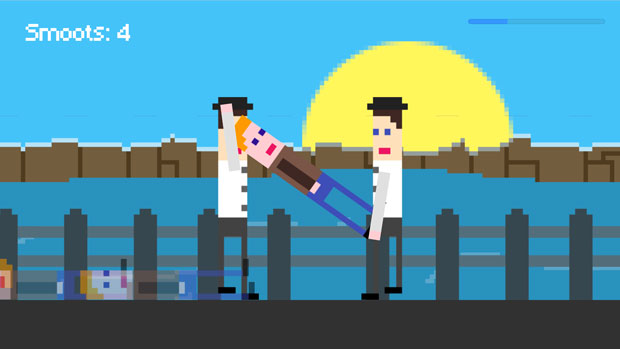 Toss a guy multiple times to see how long the bridge is - surprisingly playable.

Three years ago, in 2016, we’ve completed the Ritual Duel game during the hackathon’s weekend. Two years ago it took us half a year to finish Flood Escape after the event. A year ago we ended up with the Body Guard prototype which wasn’t even finished, and this year we didn’t even have anything working, just the title and an idea for the gameplay.

It might be because we were sick again, this time quite seriously, or at least to a point we couldn’t manage the usual approach. But at least we have the plan what to do, which is more than nothing, right?

I’m worried it’s going in the wrong direction, but I really hope I’ll start the 100 Days of Code this year and will catch up on all the unfinished projects. Releasing Body Guard and Routine Blast is quite high on the TODO list for 2019.

The deadline for submitting your game was Sunday evening, so there was still plenty of time to catch and fix the bugs you might still have in your code. When that part was completed, we started the presentations from all the teams that created games over the weekend. 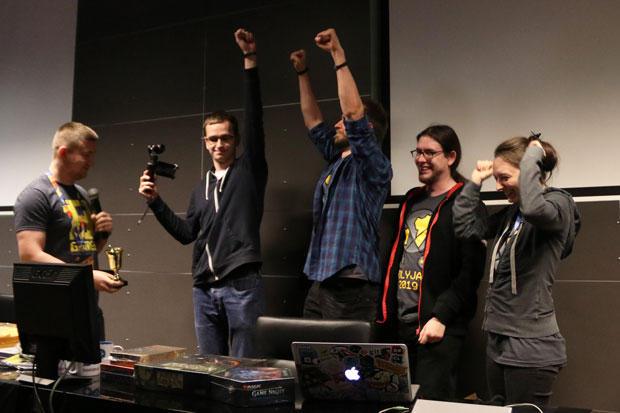 My personal favourites were: Reunite for the old-school-style well designed bosses, Pan Gospodarz for completeness of the experience, Samochodziki for the old vibe and cool controls, and WHYMIT for the idea and execution. 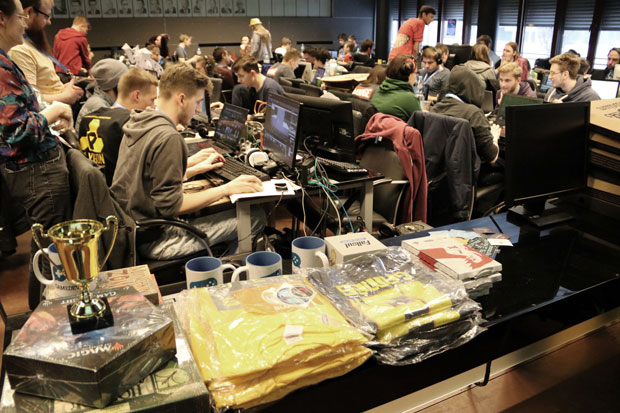 We had enough prizes (board games, Gamedev.js and js13kGames swag, etc) to award more than a half of all participants, which I’m personally really happy about. Best four teams got a board game each, which I hope will work as a team building activity.

Thanks again to all our sponsors and partners this year: Mozilla, Horizon Blockchain Games, BattleStash, BLUR, and of course our wonderful hosts: Polygon.

Overall the event went very good, although there’s definitely room for improvement. I think we need our own voting system and ranking for Web based games, and tossing in games using Construct 2 or A-Frame to the same bag with exported from Unity wasn’t the best move.

Accepting a board game to the GameJam.js category because they’ve created a website that printed the rules in the alert was probably the worst, no matter the fact that the game itself was awesome. At that specific time it sounded like a good joke, and nobody expected they will win the whole competition… 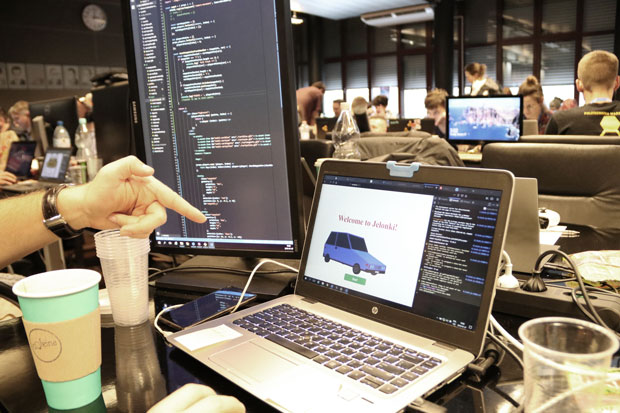 Presentations of the games took more than expected, and so some devs had to leave before the final announcements - this definitely needs more planning and preparations.

The issues are fairly easy to fix for the next year though. People were happy with the atmosphere, the games they created, and the fun they had in the process - you can feel the vibe of the weekend by checking out the video and looking at the photos.