It seems the last few months were quite intense - either because of various events, or me finally getting back at writing. April wasn’t different from that too. 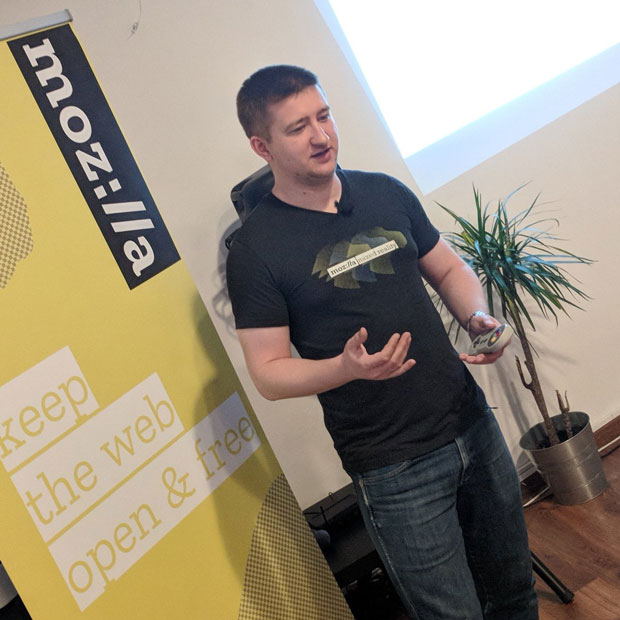 I was finally able to spend the last few days of the month on updating Flood Escape to version 1.1 (and adding something extra), but unfortunately had to drop it to refocus on PWA articles again. I’m sooo gonna get back to actually coding games in May though.

Final touches to the PWA articles on MDN, also extra work on the Hacks post about those (to be published soon).

Lots of, again. First, a short trip to Kraków for one of the TechKlub Kraków events, themed with games this time (obviously), and I talked about js13kGames. Then, WebVR Warsaw #3 meetup, co-organizing. Next, the Open Source Budapest #23 meetup, with Flaki as an awesome host, talked about js13kGames again. Last, the A-Frame workshop where I was teaching how to make a WebVR game Quack Whack, with a rubber duck as one of the models.

The js13kGames competition had some more announcements - Lee Reilly became a judge and GitHub a sponsor.

I had to get back to the front-end times and instantly became a mobile web developer. It went surprisingly smooth, and you can see a shiny js13kPWA (an example for the PWA articles at MDN) which is now mobile optimized with Responsive Web Design approach. Not perfect, but should be enough to not call it awful.

I’d love to continue my MDN writing streak with the A-Frame tutorial, but some long forgotten gamedev projects on my TODO list are rising from the dead and demanding bloody sacrifice. So, probably games. Also, maybe, Front-Trends.