After the three meetups: #1: intro to WebGL and WebVR, #2: A-Frame and React VR and #3: from the trenches we met last weekend and had a workshop learning how to build WebVR games. 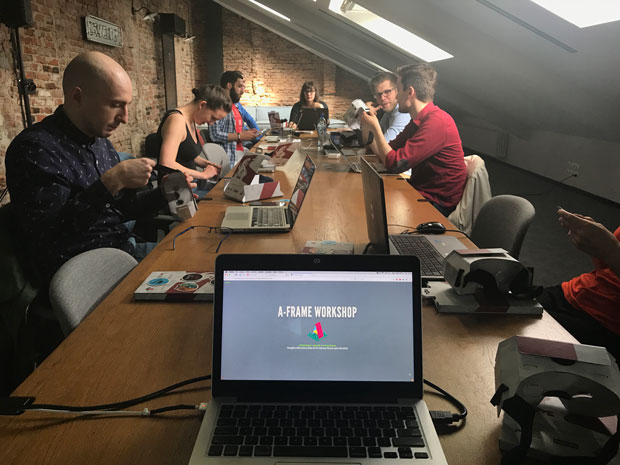 The first day, Saturday, April 14th was all about A-Frame. I was teaching the basics: how to create a new scene, place objects on it, manipulate them with physics and collisions, how to render images and models, add lighting and shadows, text and fonts, sounds and music, and polish the gameplay.

I had the js13kGames cardboards for all participants, so they were able to test next steps by themselves. In the middle of the day we had pizza for lunch, and enjoyed a little break playing foosball. 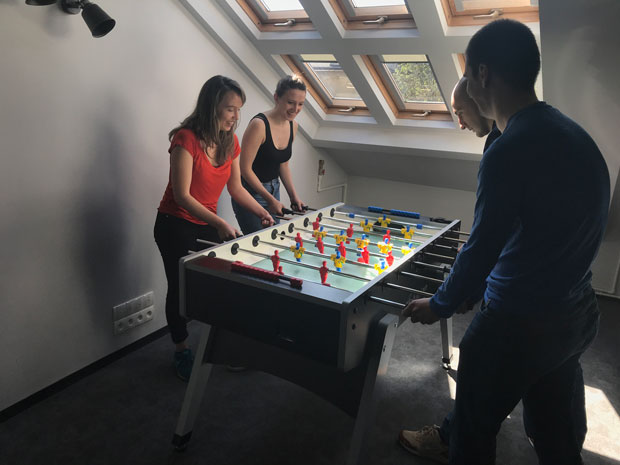 The second day, Sunday, April 15th, Mirek had a similar plan teaching React VR, and while my game was about… squashing a rubber duck, he decided to implement a shooting game. I think we can call the weekend successful - I heard the participants enjoyed learning the ways of building virtual reality in, and for the browser.

If you’re in Warsaw don’t forget about the hackathon that will happen tomorrow, on Saturday, April 21st - you can build a game for the hackathon itself and submit it to Ludum Dare too!