Last meetup this year was held on Tuesday, November 28th in the same place as usual. It was also the very first one I haven’t led personally, because I had laryngitis and couldn’t say a word. 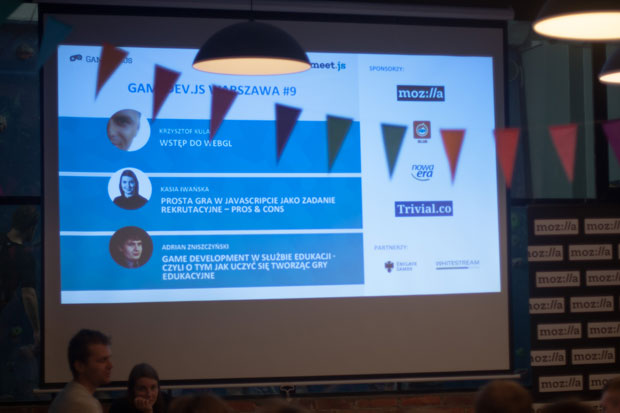 Thanks to our friends and the community it went great anyway. I still needed to try and communicate as much info as possible, as this time we had some news to share though. Fortunately enough Grzegorz Bagrowski did the organizational stuff perfectly well, and also shared the updates with the community about our various initiatives and cooperations: 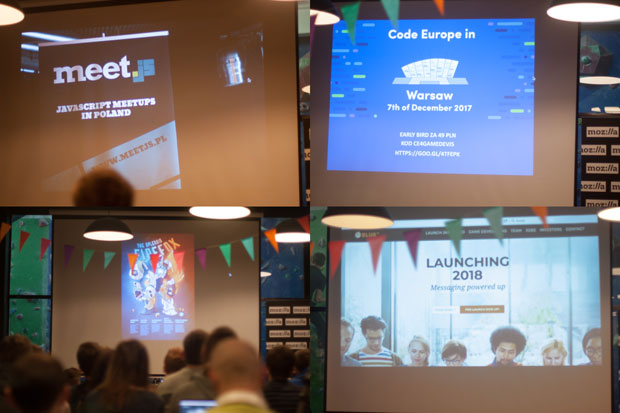 Partnering up with meet.js, having Code Europe coupon codes to give away, letting devs know about Mozilla’s brand new Firefox Quantum out in the wild, BLUR launching in January, idea about the potential Gamedev.js Wrocław meetup at the beginning of 2018, having lightning talks and a quick competition with prizes this day, and announcing the brand new website at gamedevjs.pl (thanks to Alkor for backend and frontend work, and the layout is loosely based on Ewa’s design). Kamil Dzieniszewski led the meetup itself, and girls (Ania and Ania) helped taking the photos. 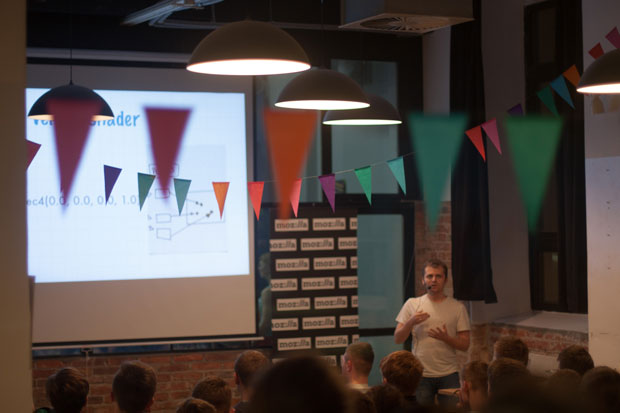 Krzysiek traveled for us from Kraków just to give the presentation (thank you!) and talked about intro to WebGL, Kasia shared the game used in Netguru to recruit new devs, and Adrian talked about the development experiences of Nowa Era’s educational games.

We had two lightning talks this time, something new at our meetups - first one from Michał Budzyński about a game Greedy Pawns developed for the Node Knockout 2017 competition, and the second from Staś Małolepszy about the Blood, sweat and pixels book. 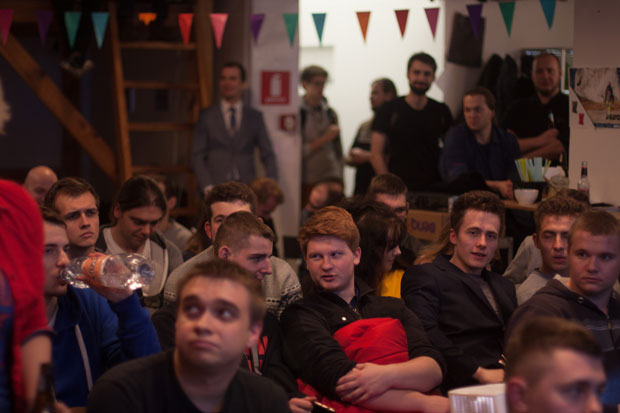 Another “new” thing was having guests from… Radom, a different city close by. A bus full of technical school students long with their teacher visited us this day, and I hope they enjoyed the talks and the overall atmosphere. It’s nice to see people from outside of Warsaw are interested in attending the meetups too - it’s a clear message we should think about other cities too. 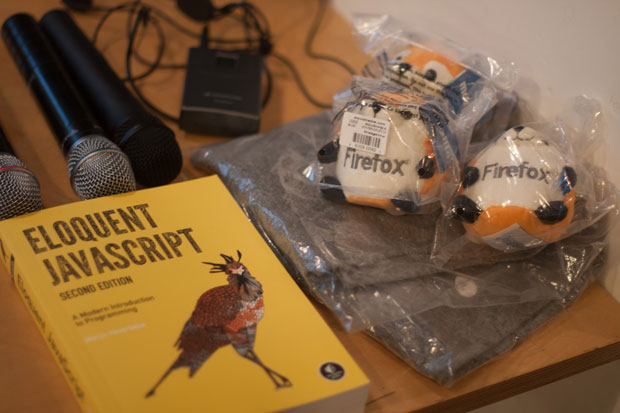 You can check the photo gallery here, and here is the playlist with the videos. As usual, there was a great atmosphere during the meetup and cool discussions after the talks - something I’m really proud of. The usual thanks goes to our sponsors, this time it was Mozilla, BLUR, Nowa Era and Trivial. 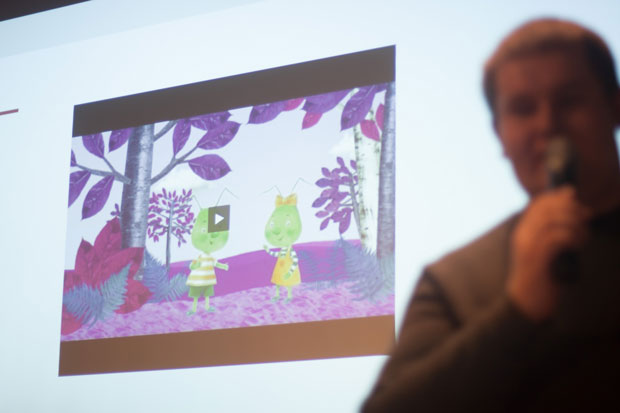 Summarizing the whole year of meetups and other Gamedev.js events I think it went well. Huge thanks goes to Grzegorz for co-organizing everything as without him it wouldn’t be even possible and the project called ”Gamedev.js Warsaw” would still be in the prototype stage. We put a lot of effort to have the talks recorded, offer free drinks, and try to foster local community. With the support from the sponsors we were able to cover our expenses, more or less, which is great. 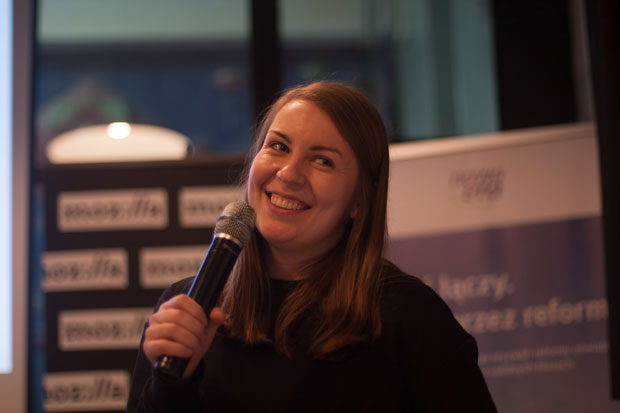 We’ll continue organizing events next year - the meetups will probably not occur in the monthly fashion, because it’s still a lot of work, but hopefully in the regular intervals. There should be more workshops and hackathons too. See you next year!