The past 2015 year was moderately good for me and for Enclave Games. Check out the article if you’re interested in what happened over the last 12 months and what are the plans for the future. 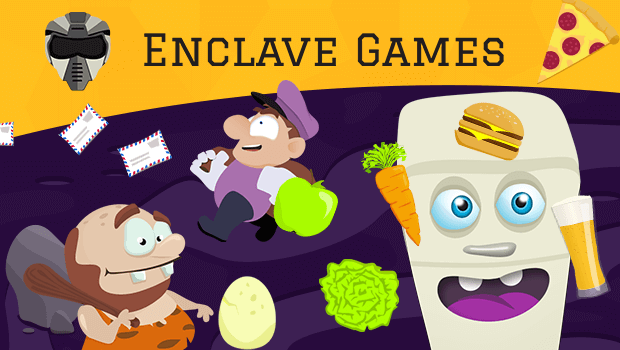 Only a few games were released in 2015. We’ve redesigned Hungry Fridge, haven’t finished Postmen of the Galaxy, I’ve tried working the whole year on Wizard Quest and released Caveman Grru. So… one new game in a year? This definitely sucks.

I haven’t organized a single Gamedev.js Meetup in Warsaw. I wanted to, but I had bad luck at organizing the venue, or didn’t have time to focus on organizing as there was always something more important to do. If somebody could help me with that it would be awesome, but I haven’t even asked for help yet. I think I’ll have to pass on the event organizer thing for now.

I worked on the freelance projects with clients in 2015 and was screwed over by three of them. Bad luck? I dropped this approach completely and focused on my own projects.

Gamedev.js Weekly newsletter had a very slow grow and not so many adverts. People are generally happy about it, but I don’t feel it’s widely popular. There are 3500 subscribers - from what I know some HTML5 game developers have bigger user base for their personal updates.

Js13kGames competition was a success, but it still needs a new backend which I can’t write on my own or can’t get any help with. And it’s always A LOT of work if you’re dealing with most of the things on your own.

I’ve written a lot (Cyber Orb with Device Orientation on MDN and Hacks, Breakout in pure JS, Breakout in Phaser, Hungry Fridge with Gamepad API, Publishing games), and got a contract from MDN - I’m very happy about that in particular.

Less travels and more focus on creating new games and writing for MDN. I’d like to play with WebVR, Panasonic TVs, Internet of Things, organize my work better and be more efficient.

One Game A Month and why, this time, I will succeed

I’ve created the Enclave Phaser Template which should help me out when working on new games. I want to participate in game jams and create small, simple games. Being able to actually finish a game, even a small and simple one, is very important. I’d like to grow my portfolio of games and sell ten of them to a publisher at once rather than two.

Well, life happens - in January I coded Captain Rogers 2 demo, traveled to Singapore, wrote the PlayCanvas article and the month ended. That’s why I’m so happy I was able to deliver Ritual Duel - it’s something!

I’ve released a game in January and I will surely be able to make one game per month, even if it’ll be the simplest one possible. Original Captain Rogers was such a dead simple game created and released because I couldn’t finish Wizard Quest, and it worked! The more games you actually finish, the better you are at it - that’s why #1GAM is so important.