As expected, September was full of work on the js13kGames competition. I was able to travel a little bit in the meantime, but it wasn’t much - I visited Lublin and Berlin. 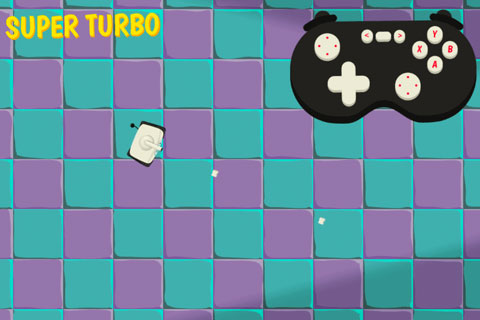 The only game-like piece of code I wrote was the Hungry Fridge demo that was showcasing the Gamepad API as part of the Gamepad API Content Kit. Both the Kit and the demo are available on GitHub.

I wrote an article called Implementing controls using the Gamepad API which is using the full version of the game Hungry Fridge as an example, and also pointing to the Content Kit mentioned earlier. My both gamedev Content Kits (about Canvas and Phaser) were finally added to the master list of Content Kits, which make them totally complete.

I attended meet.js Lublin at the beginning of the month and gave a talk about the Gamepad API - of course, as usual, controlling the slides with the gamepad. I also played both the Hungry Fridge demo and the full game on stage.

At the end of the month there was a marathon of demoing the Mozilla lounge with WebVR and Games during Reject.js and both days of JSConf.eu. It was so intense that I spent all the time there (including missing the lunches) and haven’t seen even a single talk. It was a little bit too much for me and I have to rest some time from “intense demoing” at the events. Still, I enjoyed my time there and I’m happy I travelled to Berlin.

I also gave my first talk about WebVR during the meet.js Warsaw at the end of the month. I wasn’t able to actually show the demos on the Oculus Rift I had with me, but I hope I made a few people more interested in the topic. With Device Lab in mind I really hope to organize a WebVR Demo Day in the near future.

Js13kGames at full speed: I announced Community Awards winners, Social Special winners, and of course the overall js13kGames 2015 winners. The number of entries was huge and broke another record - 160 games were submitted, with many awesome ones.

There’s still a lot to do with js13kGames - printing t-shirts, ordering pendrives, preparing and shipping everything. I will also have an opportunity to work on an interesting gamedev project and the second one involving games and technical writing which I hope will work the way I want them to work, fingers crossed.

I will have a lightning episode at the Falsy Values conference in Warsaw and travel to Poznań for the Game Industry Conference there and give a talk about WebVR for games with an extra demo time showcasing the technology.